5 ways to deal with indifference without feeling bad 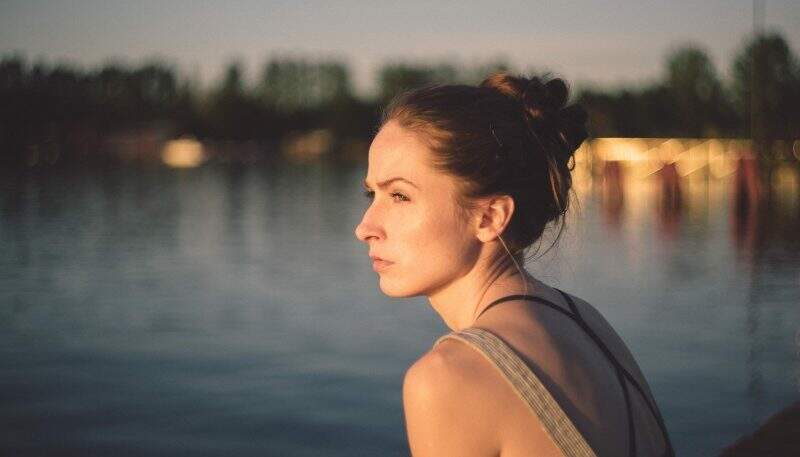 Indifference is a hurting feeling. It sends a painful message to the recipient: “I don’t care about you”. This incomprehensible apathy causes us anguish and fear. We start to come up with reasons to explain the other’s insensitivity, but we can’t always find a good enough explanation.

What to do, then, in face of this behavior? How not to be carried away by the impassivity of others?

What is indifference?
This feeling is associated with a cold, insensitive form of detachment. The indifferent individual doesn’t care about the feelings of others. If his actions cause suffering, he doesn’t care. If they result in happiness, he doesn’t care either. In other words, he is a person who seems to be a hollow shell incapable of feeling and being emotional.

The indifferent person withdraws from practically all his experiences, consciously or unconsciously, as he cannot establish a concrete connection with them. This feeling is capable of stealing interest in life and in people, and it needs to be fought.

In a love relationship, indifference comes softly. It installs itself silently, but its results are chaotic. When this happens, many begin to question whether it is worth insisting or whether they should move on. After all, how is it possible to stay in a relationship with a person who doesn’t feel?

indifference in relationships
Life is made up of good times and bad. The good ones become warm memories that, over the years, we like to relive. The bad ones cause us pain and embarrassment. We try to forget about them as quickly as possible, although it is easier to remember negative occasions than positive ones.

Under no circumstances is it healthy to react with indifference. While this feeling can be helpful at times in protecting us from unpleasant emotions that we don’t yet know how to deal with, the wisest thing to do is to face negative situations head-on.

Relationships are also made up of moments of extreme happiness and fights and discontent. Apathy does not help to ease arguments or “teach a lesson” to the partner. On the contrary, it helps to create paranoia and distrust, in addition to making the other anxious when faced with a lack of answers.

It’s the feeling of being ignored that hurts. Suddenly, there’s a distance between the couple that didn’t exist before, raising all sorts of questions about the longevity of the relationship. Is love finally gone? What did you do to receive this treatment? Who is to blame for this?

It is possible, even easy, to react to an accusation, a changed tone of voice, or a disagreement. An indifferent partner, however, doesn’t mind our retaliation. How to manage the emotional chasm that has suddenly opened up between you?

How to deal with indifference without suffering?
For a relationship to acquire lasting status, it must be cultivated through constant dialogue, displays of affection, and small silent agreements between the couple. For example, you accompany your partner to that barbecue he wants to go to and he watches that movie you so much want to see at the cinema.

When the possibility of conversation slips away, the relationship is in a critical state. Therefore, communication is the first item on this list of ways to deal with this feeling that causes uncertainty, specially designed to help you.

As much as the focus of this article is the love relationship, these tips can be used with both family and friendship relationships. Any form of relationship needs maintenance to survive.

start a conversation
It is possible that you have not noticed the small events that led to the current situation due to the rush of daily life and the common place where relationships tend to stop with the coexistence of years.

Talking about what’s going on in your partner’s mind is the best way to get rid of your suspicions. I make it clear: it is possible that this conversation is not pleasant or simple.

Your partner may have saved months or even years of discontent with the relationship because he didn’t have the courage to express his true emotions. Despite the possibility of suffering, talking about what is upsetting the relationship is the first step towards finding a solution.

modify small agreements
Perhaps the relationship needs small changes to regain its liveliness. If current agreements are no longer working, whether because of changing interests or life goals, it’s time to make new ones. This renewal is a way to pay attention to your partner’s needs as well as your own.

To do this, you need to be understandable and patient. New deals may involver experiences different from what you’re used to, but it’s always good to give the new a chance instead of turning it down right away. The partner’s indifference can be motivated by several reasons and one of them can be the sameness of the routine.

be realistic
We often let our emotions speak louder. They surround our minds in a cloud of desires and expectations that can blind us to reality.

When starting a relationship, we must be aware that the other person will not always reciprocate our feelings with the same intensity or act as we expect. Otherwise, we run the risk of falling into disillusionment.

In these cases, one of the people may show a lack of interest. Communication is again necessary to understand the other’s expectations about the relationship to avoid future suffering.

escape the guilt
It is common in this situation to want to blame yourself for the coldness expressed by your partner. Many believe that another’s behavior within a relationship is a response to their own. Thus, they blame the partner’s indifferent behavior on some deed they committed and torture themselves for having made a mistake.

In relationships, we sometimes have attitudes that we don’t notice or can’t explain clearly. This is because we tend to project childhood traumas, good and bad memories, longings and our own behaviors onto each other. Not always what we do or what someone else does is “pure evil”.

Above all, we are imperfect people with neuras of our own who, if they are causing any kind of suffering, must be dealt with accordingly. Therefore, we should think less about looking for the guilty and more about taking responsibility for our actions.

The difference is in the feeling. When taking responsibility within the relationship, we feel the need for action, to fix mistakes and look for more positive paths. Guilt, on the other hand, is paralyzing and judgmental.

If there’s nothing to do, walk away
If you’ve tried everything to manage indifference and nothing has gone well, consider pulling away from the person. It doesn’t pay to be stuck in a relationship without feeling for ease or convenience.

Living with an apathetic partner is tiring and overloads the emotional because we live looking to please the other or resolve doubts regarding their feelings. Since we can’t control people, the best thing to do is to look elsewhere for a new love.

Breakups are painful, but necessary for both your and your partner’s happiness. Do this as friendly as possible, without accusations or blame, to protect your feelings. Don’t hesitate, as time will eventually heal the wounds at the end of the relationship.

Lack of affection can be your enemy
Lack of affection has become a common problem in the 21st century. Many people end up clinging to others to fill the emotional void within them. Relationships can last out of necessity rather than love, becoming an unhealthy source of affection.

When faced with indifference, the correct thing is to try to understand its origins and find solutions to awaken the dormant feelings within the relationship.

However, as we saw in the previous point, it doesn’t always work. Sometimes two people are better apart, living their own lives and pursuing their own goals, than united in a loveless relationship.

A lack of affection can blind you to this reality and try to convince you to persist in the relationship for fear of being alone or being rejected. So if you feel that:

Cannot live normally without a partner.
You have to put up with the impassivity because you won’t find another relationship if it doesn’t work out.
It’s better to stay in a bad relationship than risk rejection.
It is possible that lack of affection is preventing you from leaving a relationship without a future, creating suffering through speculation, low self-esteem and fear.

Some fascinating what we call “beauty”

Scientists are still trying to figure out what makes things and people beautiful. Which, by the way, is very subjective as far as we...
Read more
Health & Fitness

20 richest women in the world

The richest women in the world we will see now. Who are these divas that parade around with all that money? All of them are billionaires,...
Read more
Health & Fitness

Know the question you should NEVER ask on a first date

You are meeting the person or interacting with that girl for the first time. Soon, a standard question arises that, according to experts, is...
Read more