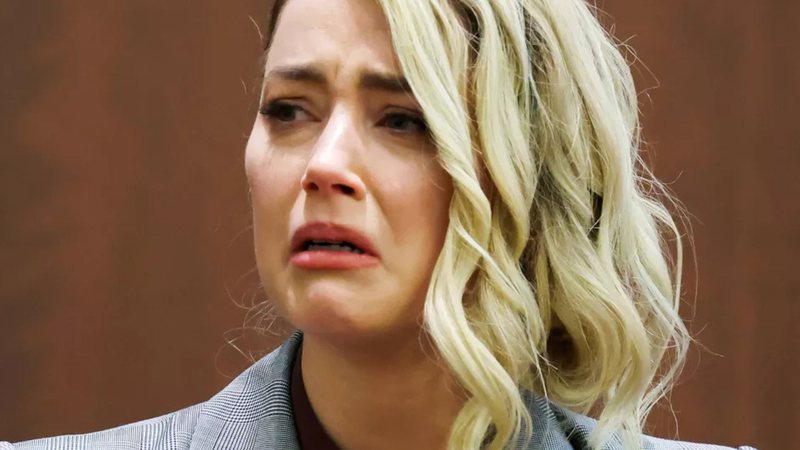 In the chat with journalist Savannah Guthrie , the actress revealed that the possibility of being sued again by the star of the Pirates of the Caribbean franchise has left her “terrified”.

Until then, Amber understood that she had the right to speak publicly about the domestic violence she says she suffered from Depp , but that all changed with the jury’s decision. “I think what a defamation suit does, it takes away your voice.”

I took for granted what I assumed was my right to speak, not just about what I lived, but what I knew.”
Despite the decision to the contrary, the Aquaman actress claims to keep “every word” of what she said. When again accusing Johnny of sexual abuse and violence, she claimed that her ex-husband lied to the courts .

contested hearing
As reported by Splash, from UOL, Savannah Guthrie even questioned the fact that none of the other women, who had a relationship with the actor, accused Johnny of abuse or any kind of aggression. Model Kate Moss , by the way, defended him before the jury .

Actress Amber Heard , ordered to pay $8 million in damages to Johnny Depp after being accused of defamation, revealed in an interview with Today, “I still have love for Johnny .”

The trial, which took place in the Virginia Court, came to an end on June 1 and two weeks after the verdict, the actress revealed that she still loves her ex-husband . Journalist Savannah Guthrie questioned Amber about a statement made on the first day of the trial, in which the actress said, “I still have love for Johnny .”

The journalist asked if Amber Heard still had feelings for Johnny even after 2 months of trial in court:

“Absolutely. I love him. I loved him with all my heart. I tried my best to make a deeply broken relationship work. And I couldn’t. I don’t have any resentment or ill will toward him,” he replied.

Indemnity
The amount that Amber will have to pay is US$ 8 million considering the discount of US$ 2 million that Johnny Depp will have to pay her. Initially, the actress owed US$ 10 million in compensatory damages, about R$ 47 million. And $5 million in punitive damages, which was reduced to $350,000, as a result of a local Virginia law.

On the morning of this Thursday, 16, ‘Good Morning America’ received one of the jurors who participated in the case involving the former couple of Hollywood actors Amber Heard and Johnny Depp .

To the program, the man, who had his identity preserved, countered the actress’s claims that the judges were “hypnotized” by the fame of the star of the Pirates of the Caribbean franchise. Heard also called the verdict “unfair”.

The subject, however, claimed that his fellow juries only followed the evidence that was presented. He also revealed that Amber made everyone “uncomfortable” because of her behavior in court.

“The crying, the facial expressions, the look at the jury… We were all very uncomfortable,” he said. The actress’s emotional outbursts, by the way, were one of the factors that made him not believe her word.

“A lot of her story doesn’t add up… Most of the jury felt that she was the aggressor. […] She would answer a question and she would cry and two seconds later she would freeze…”, the subject continued.

Some of us used the expression ‘crocodile tears’.”
Amber’s Lie
After nearly two months of trial in Fairfax County, Virginia, the jury found the allegations that Amber Heard made against Johnny Depp in an article published in The Washington Post to be defamatory. Thus, she was ordered to pay compensation of around 8 million dollars .

Closing the interview, the juror said that he did not believe the actress when she reported that she was assaulted by Depp . To top it off, the man said that a lie told publicly by her was crucial to reaching a conclusion: Amber had said that she donated the 7 million from the divorce settlement to charity, but Heard didn’t.

Share
Facebook
Twitter
Pinterest
WhatsApp
Previous article‘Terrified’, says Amber Heard about possibility of being sued again by Johnny Depp
Next articleAmber Heard will fight Johnny Depp until the end: He promised to humiliate and ruin me