Home Lifestyle Betrayal and infidelity: what goes on in the betrayed person's mind? And...
LifestyleTrend

Betrayal and infidelity: what goes on in the betrayed person’s mind? And what did you betray? 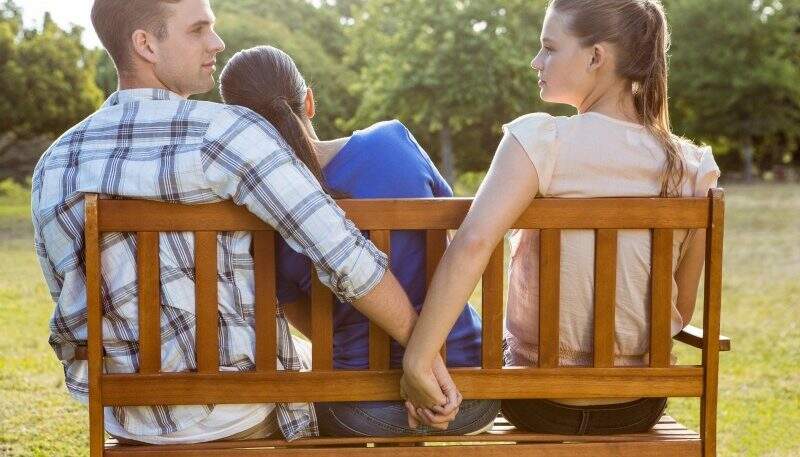 Betrayal hurts. Finding out that a partner is unfaithful is one of the hardest times in anyone’s life. The emotions that arise after discovering infidelity can wreak emotional havoc on the one who has been betrayed (and the one who has betrayed too!).

We live surrounded by situations like this. Whether in real life or in entertainment, we find couples hurt by a betrayal and, with that, some “unique” ideas about love.

For example, a message that is commonly conveyed in movies, books, and soap operas is that the relationship that overcomes infidelity is strong. “Not even that was able to break the bond between the partners” is what they seem to say. Another notion is that men cheat more than women, so she needs to forgive her partner or live waiting for his slip.

These conceptions often shape people’s thinking. But are they really true or do they help to take care of mental health in this difficult situation?

the mind of the one who is betrayed
The betrayed person can respond to betrayal in a variety of ways. How you see the situation depends on the feeling your partner has and the state of the relationship. However, even if this one sucks, knowing you’ve been betrayed is never easy.

Betrayal symbolizes a breach of trust and a lack of respect for others. After all, there are ways to improve the relationship and end it without causing such emotional pain to others. So why did the partner choose to hurt you this way?

When infidelity happens, the betrayed goes through a period of mourning. Because something very important is lost, grief is similar to when a loved one dies. Emotions are so intense that they can cause emotional trauma.

In addition, the betrayed person’s beliefs about relationships can change dramatically. She may come to disbelieve in love, no longer see the point in marriage or long-term relationships, or believe that it’s impossible to really trust someone. Your dreams, future plans and expectations are also sharply damaged.

Typical reactions to infidelity
Betrayal and infidelity: what goes on in the betrayed person’s mind? And what did you betray?
The process of overcoming and healing from betrayal tends to be a long one for most people. Depending on the betrayed person’s reactions, it can be less painful and time-consuming. However, it is hardly done without at least some emotional pain.

The betrayed can react with:

Rage
The betrayed person can be overcome by blind rage, reacting to the discovery with violence. Physical and verbal fights are expected when anger is rife. Depending on the situation, aggression can escalate and even cause tragedy.

It’s understandable to feel angry at the time of discovery or days/weeks after it happened. However, it needs to be controlled so as not to harm the betrayed person or the betrayed person. As much as the latter is wrong in betraying, reacting aggressively can make the betrayed regret actions or words said in the heat of the moment.

Disbelief
People who discover betrayal through other sources, such as friends or neighbors, often react with disbelief. Did the infidelity really happen? How do you know if someone hasn’t lied? Disbelief can also arise when the person who has betrayed reveals what they have done openly.

Even when there is evidence, such as photos and videos, the betrayed does not want to accept reality. After all, it causes pain. The constructed image of the partner is shaken or totally destroyed, reflecting on the betrayed person’s trust. She might question her decisions, wondering how she didn’t see something so obvious or how she chose to be with someone capable of hurting him that way.

Sadness
Infidelity in a relationship is sad. It is felt, above all, when the betrayed recognizes their losses: the partner they loved so much, the relationship they dedicated themselves to and a collection of plans for the future. Sadness makes you reflect on the good times and wonder if you can forgive the other. It can cause depression when marked.

Fault
Being the target of a betrayal is so complicated that the betrayed person can blame the other’s attitude on himself. You start to wonder if you didn’t do something to push your partner away and if you didn’t set your expectations too high for the relationship, causing the unpleasant situation.

the mind of the one who betrays
Why do people cheat? Isn’t it easier to end a bad relationship or marriage than to be unfaithful and cause immeasurable pain for your partner?

There are several reasons that motivate people to be unfaithful. Although we have a desire to see those who betray with a bad eye, it must be remembered that we are all liable to make mistakes. Not always the person who cheats whor ruin your partner’s life or make him suffer.

As difficult as it is to see infidelity in a relationship without the influence of emotions, we need to analyze each case according to its reality. The motivations for the betrayal can be:

boredom;
partner’s indifference;
loneliness;
revenge for some attitude of the partner;
search for attention;
feeling slighted by your partner;
excitement for being “something forbidden” or a “sexual adventure”;
willingness to end the relationship.
Below, we explain some more specific issues in the view of psychology. The intention is not to convince you to make a rash decision, but to clarify doubts that may be causing suffering. 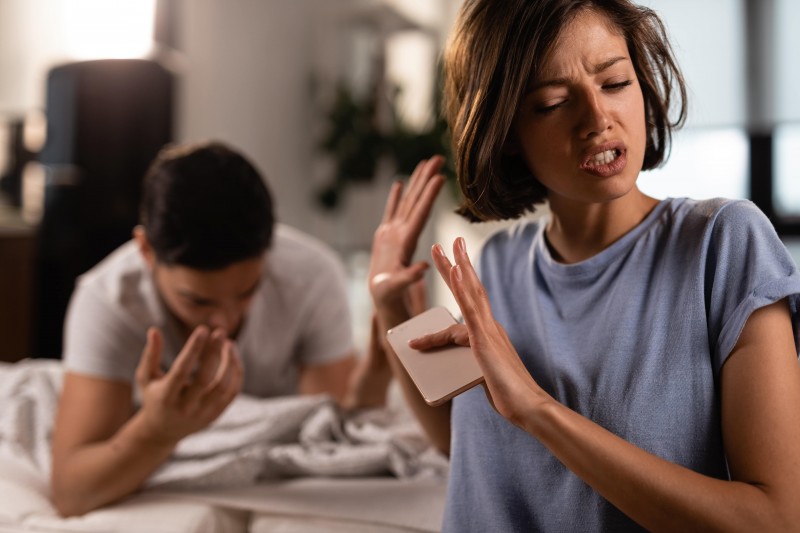 Why do men cheat?
Science explains that men cheat more than women because they have a greater capacity to separate sex from love and, thus, materialize the betrayal or betrayals. In addition, they tend not to think about the consequences and are more confident that they will be able to escape the situation if they are caught. Generally, when a man cheats he seeks pleasure or attention from another partner.

Why do women cheat?
Women, on the other hand, tend to establish an affective bond with the person chosen for infidelity. They study their possibilities further and usually cheat only when the current relationship is bad. However, younger women often cheat to satisfy their emotional and sexual needs, just as men do.

When cheating occurs once and is forgiven, does the partner cheat again?
Betrayal and infidelity: what goes on in the betrayed person’s mind? And what did you betray?
Each case is different.

The person who cheats may have done it in a moment of spontaneity, without considering the consequences, motivated by the excitement and the “forbidden” factor of the betrayal. Once it is revealed, whether by other people or by someone who has betrayed her, she may feel guilty and never repeat that behavior again.

Likewise, she may betray again, confident that she was easily forgiven. The inability to end the bad relationship, whether out of fear or shame, can also motivate another betrayal.

In our society, the thought that “man can betray whenever he wants” still circulates among some individuals, families and communities.

This way of thinking is rooted in beliefs such as “man is more sexual than woman” or “man looks outside the home for what he cannot find at home”. Thus, male infidelity is more accepted by women who think like that. Acceptance implies that it’s okay if your partner cheats.

How to deal with betrayal?
How to forgive an unfaithful partner?

Is it possible to do this and continue the relationship without it being shaken?

How should the betrayed person act to avoid emotional distress?

There are many questions surrounding infidelity in relationships.

The truth is, there is no one universal answer that can satisfy everyone who has been betrayed. Accepting or not being betrayed as well as forgiving or not the partner are decisions that should be analyzed calmly, taking into account the emotions and plans for the relationship.

Forgiving is not the same as giving your partner permission to betray or accept you back into your life. Forgiveness benefits the betrayed because it promotes the release of unpleasant emotions and feelings, which strengthen a person’s attachment to the painful situation.

In addition, those who forgive their unfaithful partner have every right to voice their concerns and make (sensible) changes in the relationship dynamics until the wound is healed.

It’s just not nice to take your partner back and torture him emotionally, making him suffer for choosing to cheat. You need to be honest with both yourself and the other when forgiving. Revenge may sound appealing at the time, but it’s not the right way to rebuild lost trust.

If both partners don’t have this intention, the best decision may be to end the relationship. Being betrayed certainly doesn’t diminish the chances of finding anyone’s love again.

Now, if you were the one who cheated, asking for forgiveness for having caused suffering and talking honestly with your partner is the most honorable thing to do in this situation.