Home Beauty Better be bad or nice to woman?
Beauty

Better be bad or nice to woman? 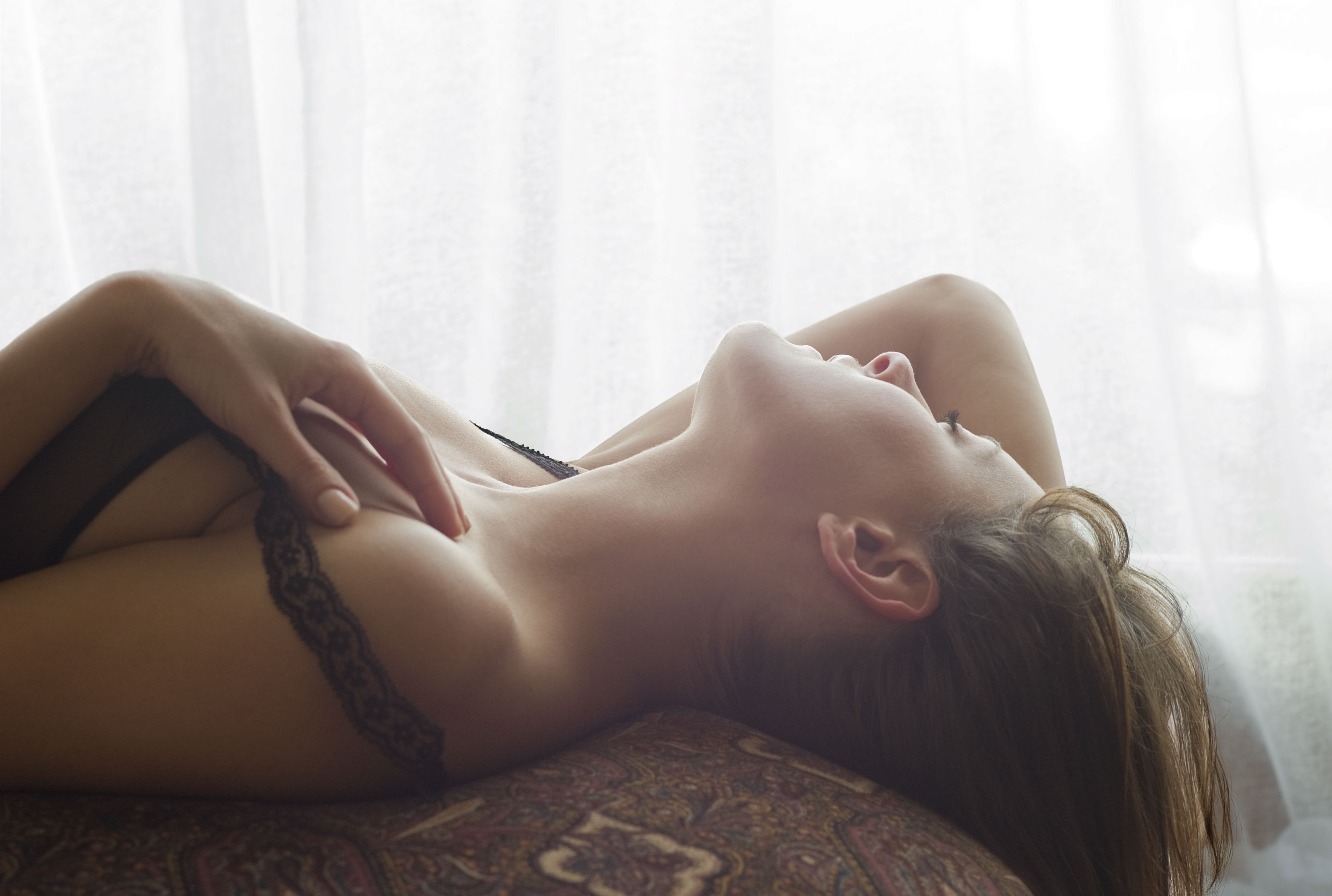 No one cares about how nice/bad you are.

My friend Ashish is a badass. He’s the nicest guy I know- 6′ tall, handsome, hairs, eyes, blah blah. Yesterday I found him sitting in my dorm room chanting his regular rant once again. “I’ve never kissed a woman I was sexually attracted to. Never hugged one. Never shook hands with one”.

He’s the most desirable man I’ve seen. Perhaps on the top of every pyramid.

And he’s yet to find a partner. Insane!

Vsauce’s video on “Why we kiss” was an eye-opener for me. Michael claims that kissing most probably came from birds who feed their kids by putting food into their mouths. This is so interesting, it blows away my mind. Humans on the other hand kiss to test compatibility- how healthy the partner is, what can s/he provide, Is s/he confident enough or not, blah blah.

Read this for much more. – Natalie Engelbrecht’s answer to Why do we kiss? Is there an evolutionary advantage to it? (For even more, I recommend listening to Seema Anand’s series on this very subject ) .

This pre-mating behavior also known as sexual selection, is not only limited to humans. In fact, courtship is competitive across all animals. (Source- Courtship display – Wikipedia ). And in most cases (contrary to what a few intellectuals will tell you) the male is the one doing the courting and the female is the one doing the selection. I’ll assume without any desire to offend the womenfolk that my reader is a heterosexual male seeking to find a mate to mate with.

Why or why not must he be rejected?

Let me clarify the context once more. Getting friendzoned implies getting rejected and a nice guy means a guy who thinks he’s doing the right thing. What next?

Evolutionary biologist David M Buss writes in great depths about desire, evolution, sexuality, and evolution in his book “The evolution of desire”. The following quote has been borrowed from his book-

The roads of regular love are well traveled and their markers are well understood by many – the mesmerizing attraction, the idealization obsession, the sexual afterglow, the profound self-sacrifice, and the desire to combine DNA. But true love takes its own course through uncharted territory. – David M Buss

David Buss and a lot of other scientists have perhaps rightly agreed upon the fact that human courtship is complex, bidirectional and multimodal.

Complex- There are no binary outcomes. It can range from being repulsed to being in filmy love and anything in between.
Bidirectional- Both parties have to at least equally be attracted to each other.
Multimodal- We use a lot of subconscious and conscious means to attract a partner- makeup, voice, eye contact, accent, etc. All at once.

Let’s understand this one case study.

Tanushri Sharma has given me her consent to use this answer as a case study. Thank you, buddy.

Tanushri Sharma’s answer to How do you get a girl to like you? – You don’t need to read it. But I’d love if you do and come back here in a minute. I’ll wait.

Voice- The biggest problem with nice guys is they don’t want to talk over voice. They think they are being too forceful if they ask for a call while not realizing that texting or instant messaging is a creative exercise, not a communication medium. “We had talked on calls as well.” Tanushri talks about the guy she really liked.
Availability- Nice guys who send weird messages to women online (including me a couple of times) are driven by the fact that virtual availability is real. While it might work sometimes, most of the times it won’t. Courtship is a real-life thing. It can’t be done online. Tanushri says how the guy came down to her city to meet her. To meet her. Not how he came online to text her. That’s easy. If you want to seduce her, keep her for yourself, work for it.
Confidence- Tanushri talks about how the guy sat beside her, how he gave her a gift, how he complimented her at the right time. Do you think that shit didn’t work for him? I asked all my friends who go out with women regularly about how to nail the date and the most agreed upon suggestion is- sit with her not opposite to her. You know, if you’re comfortable with something, the mirror neurons induce hormone level comfort in the person next to you about that as well. (Mirror neuron – Wikipedia ). So if you talk about your sexuality in a hush-hush manner, chances are the other person will confess to you about her asexuality.
Alacrity and observation- Robert Greene is one of the most intelligent and underrated authors of the 21st century. In his book “The art of seduction”, he repeatedly talks about the biggest seducers to have walked on the face of the earth. The fundamental power of a player is insinuation meaning the power of sending a hint or message for something without sounding too obvious. If you’re a nice guy, chances are you’ve been insinuating the wrong way or the wrong thing like doing her homework, giving her compliments, sending her a picture of your coffee, etc. Stop it! if you’re subconsciously telling her that you’re a homework buddy, you’re just that in her eyes. I have provided some more details below.

This piece of nursery school drill is so profound. This is the moment most of us came into touch with learning about numbers. Through counting our own body parts. We related to it. We were also told about counting in so many different ways. But we never related to any of that except for this part.

When I say insinuation and alacrity, I mean it. There are so many moments when your potential partner genuinely wants to be touched. Not in a sexual way. Not in a friendly way. Just touched. Arms, elbows, fingers, eye contact, etc. Realize it, stay confident, ask and touch her. Nice guys refuse to touch women even after getting consent (I’ve been there mate. Still recovering) while also communicating that they are not interested.

The moment you lose your eye contact rhythm, you lose your game. Don’t gape at her like she’s a book on the Holocaust, give her the teasing occasional look like the princess gave to Shah Jahaan or the dream boy gave to Tanushri. There’s no way you can lose with that artillery in your socket.

Make her laugh. It’s your solo dance. Not your tango.

Chronology, pattern, eye contact, humor is so fundamental, it’s ubiquitous in almost all successes. Exploit your power of finding patterns and recreating them.

He caressed my hair, kissed my forehead and told me to text as soon as I reach

We laughed a lot. I put my hand around his arm

When I was talking about something, he kept on staring at me

Do you think these events are so significant to earn the recognition of memories? They’re not. Clearly. But she remembers them because they were executed at the right time when she wanted them.

Do you know what’s the right time?

When you’re both comfortable enough and waiting for something to break the monotony. Take the lead boy! Ask her. No one denies a hug. Ever.

Lastly, trying to impress her- You can’t have a dozen cooks to cook a morsel. Remember, there are so many people trying to impress her. Remember, she’s the selector. She gets the lead. You don’t. Do what you enjoy. You’re being judged. Not how you treat her. You’re not a Dominos customer care agent talking to a customer. You’re not being rated for that. You already have the pizza. Give it to the customer. And the pizza is always good. Bad pizza doesn’t exist. Like Tanushri thought- “The guy can help me, he has the experience, he does the right thing, I had a great time. He is the prize. I want him”

And they plan to kiss. And he doesn’t kiss her.

There was no final judgment between the 2 candidates about who was more compatible. And they never met again. (Obviously there were more reasons but let’s assume there were not. ASSUMING )

Who cares if they are nice. Or bad.

Osama Bin Laden had a shit ton of wives. He wasn’t very beautiful.

Elon Musk doesn’t have a couple of ladies. He seems like a nice guy.

No one cares about your niceness bro!

Now let us say they did kiss, they got along pretty well and even started dating. That’s when she fundamentally tries to explore your niceness, helpfulness, etc. You can’t be the same person forever. In her eyes. The memories will begin to rationalize.

Don’t do this (Image source- Google)

If you faked yourself, she’ll rightfully leave.

Her choice. You don’t dictate that. She’s the selector. You’re the player.