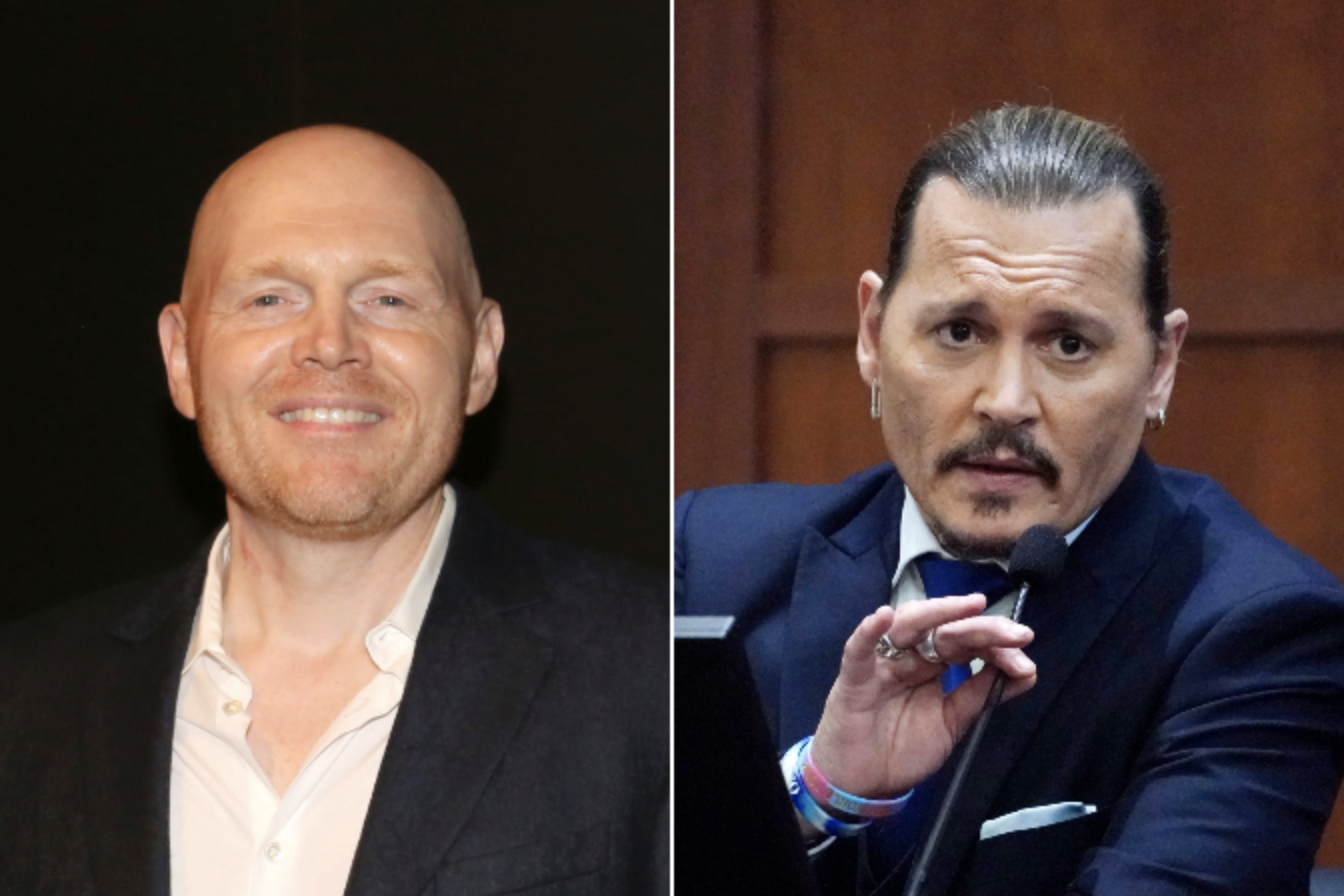 Bill Burr expressed vocal support for Johnny Depp during the most recent episode of his “Monday Morning Podcast” (via Mediaite). The “Pirates of the Caribbean” actor is currently in the middle of his defamation trial against Amber Heard, which started April 11. Depp is suing Heard for $50 million after she cited an abusive relationship in an op-ed piece written for The Washington Post.

“I’m too big a Johnny Depp fan to watch [the trial]. I love that guy and I just — I don’t want to hear all these personal details and shit,” Burr said. “From what I’ve seen the guy is fucking destroying. And what’s great about this, is if he really does expose this woman for lying. I’m wondering if all these people that, you know, just accepted her lies about him if they’re going to apologize somehow.” 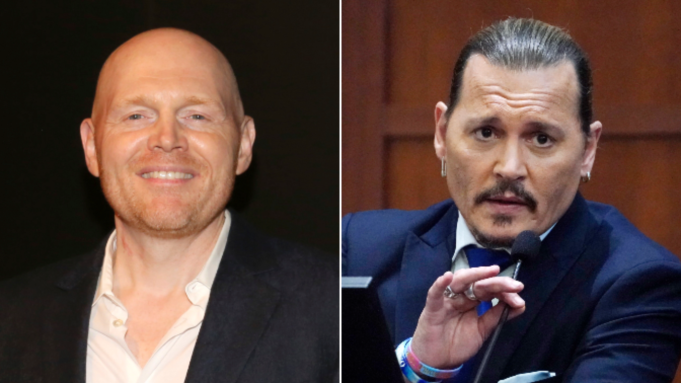 Burr said it would “be nice” if people “publicly apologized and said, ‘Maybe next time we won’t jump to conclusions.'”

“It really does amaze me how the pendulum just does not seem to swing the other way. That all of these women’s groups that when they see a woman that lies like this, which really hurts their position, because there are women out there that are in a relationship that this woman evidently lied and claimed that she was in when she wasn’t. And for someone to go out and lie about it, hurts the people that are actually in it. So, you would think they would cover this,” he continued. “I think it really hurts feminism if they want more men to come along.”

Depp is suing Heard for $50 million as she described herself as a “public figure representing domestic *abuse” in a 2018 Washington Post op-ed. The Aquaman star made *abuse claims against Depp in 2016.

“If this really goes in the direction that everything she was saying was absolutely bulls***… It just doesn’t f****** seem right and you know what? It doesn’t sit well with me,” Burr added. “It sounds like Johnny’s going to [win], which makes me happy.”

Depp’s legal team rested their case on Tuesday after three weeks of witness testimony. Heard’s lawyers tried to get the lawsuit dismissed before presenting their defense, which is standard, but a judge denied their request. The actress is expected to testify on Wednesday afternoon.

Burr noted that people have “publicly trashed” Depp and said “it’d be nice if they publicly apologized and said, ‘Maybe next time we won’t jump to conclusions.’”

Burr is one of few famous people who have shown up to openly endorse Depp in the midst of the preliminary. Howard Stern became famous online last month for hammering Depp’s “exaggerating” when the entertainer was on the stand affirming against Heard. Drew Barrymore as of late apologized in the wake of disturbing Depp’s fans for alluding to the preliminary as “a seven-layer-dribble of craziness.”

A judge refused to dismiss Johnny Depp’s defamation lawsuit against ex-wife Amber Heard, as the high-profile trial reached its midpoint on Tuesday.

Depp is arguing that Heard cost him tens of millions of dollars — and his role in the sixth “Pirates of the Caribbean” film — when she published an op-ed reviving her domestic violence allegations against him. The trial has been underway since April 11 in Fairfax, Va. Depp’s side presented their final witnesses Tuesday morning — a nurse and a forensic accountant — and then rested.

Heard’s attorney made a standard motion to the dismiss the suit, arguing that Depp’s attorneys had failed to present enough evidence to prove their case.

Judge Penney Azcarate denied the motion, which was not unexpected, leaving it up to the jury to reach a verdict once all the evidence and arguments are presented. Heard’s attorneys will now have the opportunity to present their defense, including testimony from Heard, who is likely to take the stand on Wednesday.

Depp is suing over Heard’s Dec. 18, 2018, piece in the Washington Post, titled “Amber Heard: I spoke up against *sexual violence — and faced our culture’s wrath. That has to change.”

Depp is seeking to prove that three statements in the piece are defamatory. One is the headline, which refers to “*sexual violence.” The second is the paragraph in which Heard describes herself as “a public figure representing domestic *abuse,” and the third is the paragraph in which she references “how institutions protect men accused of *abuse.”

In a pre-trial demurrer, Heard’s attorneys sought to throw out the case, arguing that the statements refer to the backlash Heard received after first making her allegations in 2016 — but do not name Depp or give any details of their relationship. Judge Bruce D. White rejected that argument in March 2020, finding that the three statements could be read as asserting that the prior allegations were true.

Ben Rottenborn, Heard’s attorney, argued Tuesday that Heard cannot be held accountable for the headline because it was written by the Washington Post. He also argued that while there is dispute about whether Depp hit Heard, there is no dispute about whether he verbally *abused her — and in fact, some of that *abuse was captured on tape that has been played for the jury. Therefore, he argued, the two statements in the body of the piece are not defamatory.

Ben Chew, Depp’s attorney, argued that the plaintiff’s side had put on sufficient evidence to meet the elements of defamation. He noted that Depp’s accounting expert had testified that he lost $40 million in film earnings following the publication of the op-ed. He also pointed to Depp’s testimony, and to audio in which Heard admits to “hitting” Depp.

“Ms. Heard physically *abused him,” Chew said. “She’s the *abuser in this courtroom.”

Chew also noted that Heard had tweeted out the op-ed the day after it was published, thereby making her responsible for everything in it, including the headline. Rottenborn argued that the relevant case law holds that tweeting an article is not considered republication for defamation purposes.

Azcarate denied Heard’s motion regarding the two statements in the body of the opinion piece. She held off, however, on issuing a ruling on whether to dismiss the claim relating to the headline, saying she would need further evidence.