Home News Elon Musk wants to bring Trump back to Twitter: 'The network has...
News

Elon Musk wants to bring Trump back to Twitter: ‘The network has a strong leftist bias’ 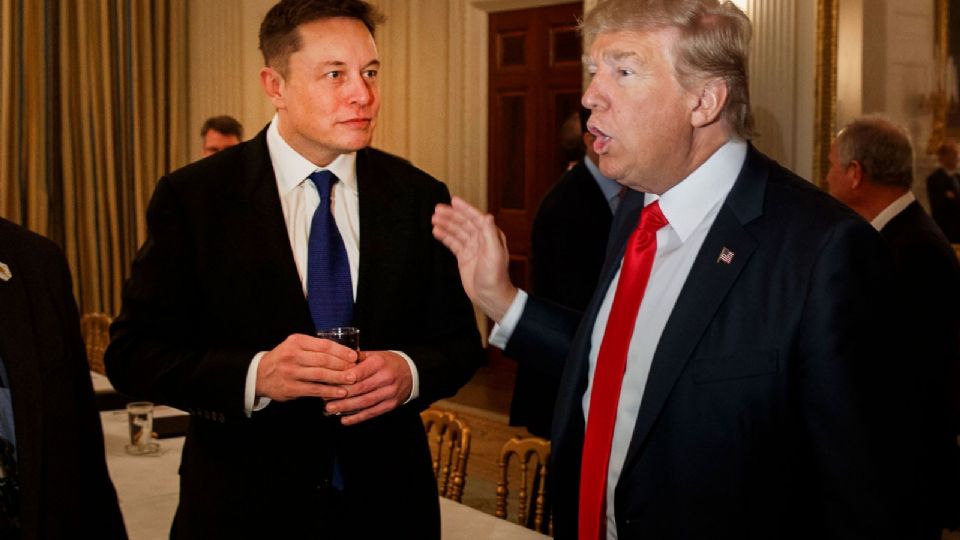 The American-born South African billionaire Elon Musk , who recently acquired Twitter by buying 100% of the shares in the social network, intends to reactivate the account of former US President Donald Trump , who was permanently banned from the platform in January 2021.

Musk, who espouses the “freedom” speech and flirts with the global far right , called the decision to ban Trump “foolish” and “bad in the extreme” and indicated that when his deal to effectively take over Twitter is concluded, will try to reverse the punishment of the former US president.

“I don’t think it was right to ban Donald Trump, I think it was a mistake. I would reverse the permanent ban… But my opinion, and Jack Dorsey [co-founder and current CEO of Twitter], I want to be clear, share that opinion, is that we shouldn’t have permanent bans,” he said in an interview – the first since the billion-dollar transaction – to the Financial Times on Tuesday (10).

Elon Musk and Freedom of Speech
On several occasions, Elon Musk has already spoken on Twitter how much he values ​​freedom of expression. A few weeks before confirming the purchase of 9.2% of the company’s shares and becoming a new member of the board, the tycoon published a poll on his profile asking if the platform adhered to the “principle of freedom of expression”.

The final result was 70.4% of Musk’s followers responding that Twitter did not adhere to the principle and only 29.6% responding to the contrary. “The consequences of this research will be important. Please vote carefully,” the richest man in the world posted .

Free speech is essential to a functioning democracy.

Do you believe Twitter rigorously adheres to this principle?

Trump was banned from Twitter in January 2021 for inciting violence at the time of the invasion of the Capitol , the seat of the US Congress, in an attempt to coup against Joe Biden ‘s victory in the presidential election in which he was defeated.

In the same interview with the Financial Times, Elon Musk even criticized what he called the “leftist bias” of the social network . “I think Twitter needs to be much more impartial. Currently, it has a strong leftist bias because it is based in San Francisco,” he said.

far right vibrates
O presidente Jair Bolsonaro (PL) não demorou para celebrar a venda de 100% das ações do Twitter a Elon Musk. Through the social network itself, the Brazilian Chief Executive shared a post by Musk in which he talks about “freedom of expression”.

Fabio Faria, Minister of Communications in the Bolsonaro government and who has already met with Musk, in turn, celebrated as follows: “Congratulations [congratulations, or “congratulations”, in English], Elon Musk! steps in front of the other players and now makes a gesture to the world and in defense of freedom!”.

The celebration of Bolsonaristas is not for nothing . Elon Musk flirts with the global extreme right and the expectation is that, once he owns Twitter, the social network will be a paradise for the spread of fake news and hate speech, in the name of “freedom of expression”.

Elon Musk has shown his authoritative profile countless times. The most egregious of these was when he admitted in June 2020 that he “will hit anyone he needs to” to get lithium when commenting on the overthrow of Evo Morales in Bolivia . Since the episode, Morales has pointed out that there were international interests in Bolivian resources.

” We will hit whoever we want! Deal with it “, said the billionaire when asked on the networks about his role in the coup orchestrated in Bolivia in October 2019 due to the lithium reserves present in the country. To develop electric cars, the mineral is fundamental, after all the batteries of these vehicles are made of lithium.

Morales commented on the statement and said that it proves what he had already been saying. “Elon Musk, owner of the largest electric car factory, talks about the coup in Bolivia: ‘We will hit whoever we want’. Another proof that the coup was due to Bolivian lithium; and two massacres as a balance. !” he wrote on Twitter.

In an interview with Fórum , in April 2020, Morales classified the episode that took place in November 2019 in Bolivia as “a blow to the Indian, to the economic model and a blow to lithium”. Regarding the ore, they explained that Bolivia has “the largest lithium reserves in the world, greater than those of Chile and Argentina, and we had a lithium industrialization project on our own, and the United States did not forgive our policy.” .