Home Fashion How to get to a woman and what not to do to...
FashionNew LookStreet Fashion

There are those who guarantee an infallible method to reach a woman in any environment and conquer her. There are also those who believe in the existence of specific codes and words capable of making any woman fall in love – or, at least, accept being with a man.

However, among so many stories we hear out there, we rarely hear the girls’ side. A very common mistake made by most men is also the most obvious and basic: not listening to women.

Due to insecurity, lack of contact – and also of tact, it is common for men to end up pushing a girl away when, in fact, they just want to get closer and get to know her. But then, how to act to approach a woman in a polite and interesting way? 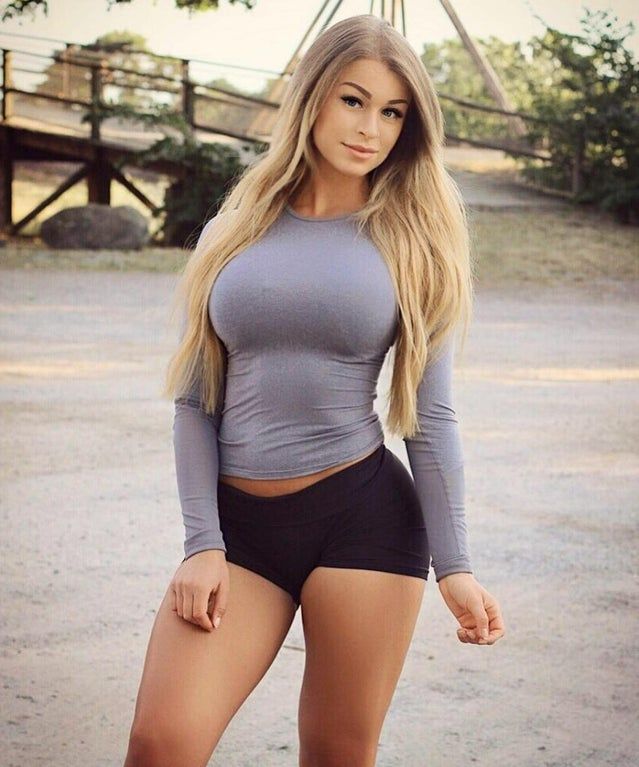 See some precious tips shared by women about what men should or shouldn’t do to win them over!

Don’t treat the woman as an item of conquest and object of *desire.

For Regiane Lemos, a partygoer in the central region of São Paulo, the big problem for men is the evident need to reach as many women as possible so that, who knows, they can*kiss one: “It is clear that they are trying to get a good average , try to talk to as many girls as possible to have a better chance of*kissing someone. That’s the mistake, you know? I never accept being with a guy who is clearly reaching out to me just to score points. What’s the problem with going out at night and only having one?”

It is common for men to gather their friends to go out, have a drink and practice guerrilla tactics. But how long does it really work to win someone over?

From the odds, it’s actually possible that most of the group will end up kissing girls, but for Regiane, there’s not much of an upside to that: “They might even kiss someone, but it’s probably not going to go beyond that. It’s really annoying when you find a guy interesting, he kisses you and then goes off looking for another girl. This is very common.”

Don’t see conquest as a war, or woman as your enemy.
reproduction 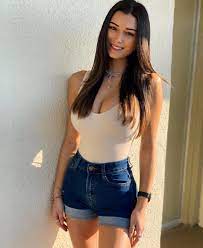 This kind of behavior opens up a much larger discussion: why do men view conquest as war, and what good is it?

Bruno Ferreira, for example, is 24 years old and thinks it’s funny when men see the club as a battlefield: “This shows a lot of insecurity, the girls realize that. Why are you going to act like kissing someone is just that? What will you gain by adding kisses?”.

Arriving “in a bunch”, by the way, is a scary attitude for many girls. Isadora Alvarenga, for example, says she hates it when a large group arrives insisting that you stay with one of them.

Part of the blame for this kind of attitude lies in the girls’ lack of tact and empathy: “They see us as a prize, like: ‘look, I got that one over there’, and not as someone who can add something. *Kissing on the *mouth is good, of course, we like it too, but you can tell when the guy really doesn’t care about you as a person”, says Regiane. 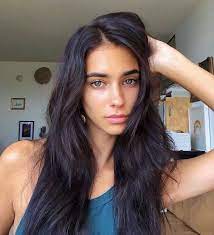 Learn to accept NO
Credits: Reproduction

In clubs, it is also very common to see men holding girls by the arm and insisting even after hearing a “no” as if the repetition would make the girl change her mind. Marianna Alves, for example, says how common is the lack of respect for women who are alone: ​​“There are guys who only accept no when you say you’re dating or when another man arrives claiming to be her boyfriend”.

This kind of reaction demonstrates that the man does not respect his unless another man is involved in the story. 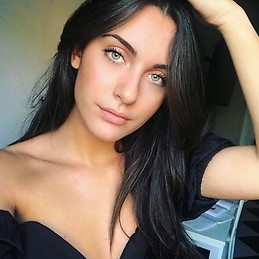 So what’s the best way to approach a woman without being intrusive and making her uncomfortable?

For Bia Monteiro, the answer is relatively simple: “Don’t touch me without my permission. Respect a no, just turn your back and walk away.”

In environments more conducive to flirting, many men seem to think that women are there simply to be with other people: “Many men really don’t believe that we’re there just to dance and enjoy the night with friends, and that’s why they insist so much when listening a no. This is very uncomfortable.” After Regina made that statement, a young man held her hand and only stopped when a friend called her by her name.

Do not hold, pull or touch it without permission
reproduction

Holding and touching women seems to be the worst approach. All nine interviewees said they hate it when a man holds them by the arm. Ieda Maria Couceiro, for example, is quite uncomfortable with this: “What bothers me and sometimes really scares me is when I arrive already touching or pulling me, or when I say no and the guy insists”.

Trying to figure out the reasons why the girl doesn’t want to be with you is also very unpleasant. There’s nothing wrong with your appearance, your clothes, your hair, your body. Sometimes the girl just doesn’t want to. Maria Eloise is very clear about this: “Accept my no, if I don’t want to, it’s because andI don’t want to”. 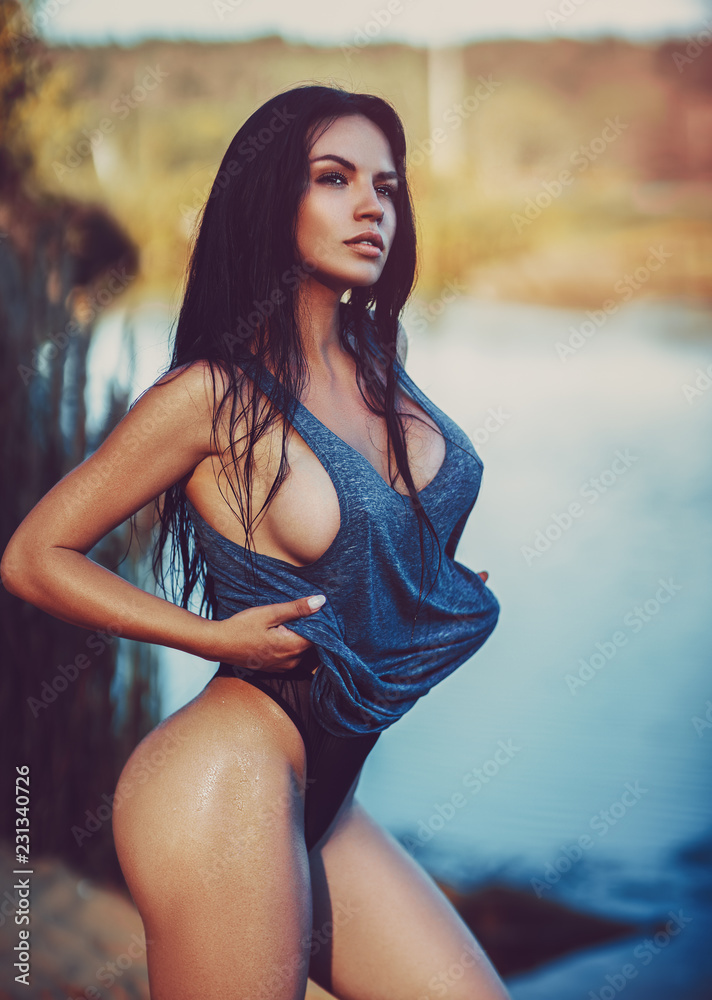 Be polite and respect her space
Credits: Reproduction

By the way, Maria Eloise says it’s not that complicated to start a conversation with someone: “In terms of being polite, I don’t see a problem in arriving saying: hi, how are you? What is your name? It’s not difficult and you don’t need to be a behaviorist to know that this is the basics.”

In the ballad, Bia Monteiro says that the best way to approach a woman is to respect her space: “Arrive from an angle that I can see you approaching and respect if I turn my face or change my position – clearly avoiding contact” .

Outside a party, or on a normal day, the situation is completely different. Many men have doubts about whether it is legal to approach a woman when she is walking down the street, for example. For Ieda, the answer is no: “Usually you’re not out on the street to enjoy yourself, have fun or meet new people, you know? You’re usually going to work, to college…”

Know the right place and time to reach someone
reproduction

When this kind of thing happens, Ieda, laughing, says it’s not at all effective: “One day, a guy older than me stopped me and said, ‘Hi, can I meet you?’, I can’t imagine a worse way to meet someone. ! What did he expect me to answer? ‘Yes, my name is Ieda, I live in such a neighborhood, my hobbies are…’? It never happened to me to take a step forward with a guy who approaches me on the street, no matter how handsome he was or in my age group, because I think it lacks atmosphere, I find it impolite and invasive”.

But, for Bia, there are polite and interesting ways to reach a woman on a daily basis: “I was in the subway going up the escalator and a guy called me ‘lady, you dropped that paper’, I took the paper and it was an origami in the shape of a heart written ‘you are beautiful/marks’ and his phone number. I thought it was cool because he showed interest and gave me space not to reciprocate.”

There may not be an effective guide with effective lines, but, in all cases, the key is respect. Understanding the girl’s rights, knowing that she has no obligation to say ‘yes’ to you just because she is in a more relaxed environment or dressed in a certain type of clothing.

Be gentle and calm in the approach
reproduction

Bia even comments about the effectiveness of the catchphrases and the best time to invest in one: “Sing-ups can be relaxed or disturbing, it all depends on the approach. If you’re not sure if it’s going to be cool or not, don’t do it. Perhaps a simple way to assess this is: is there a possibility that the girl will be embarrassed? Will she feel insecure?”

Being single is not synonymous with need. You shouldn’t just accept the girl’s no when she says she has a boyfriend, if she was clear and said she wasn’t in the mood, why insist? You might meet another interesting girl who can relate to you and accept something more without having to be pushy or intrusive. 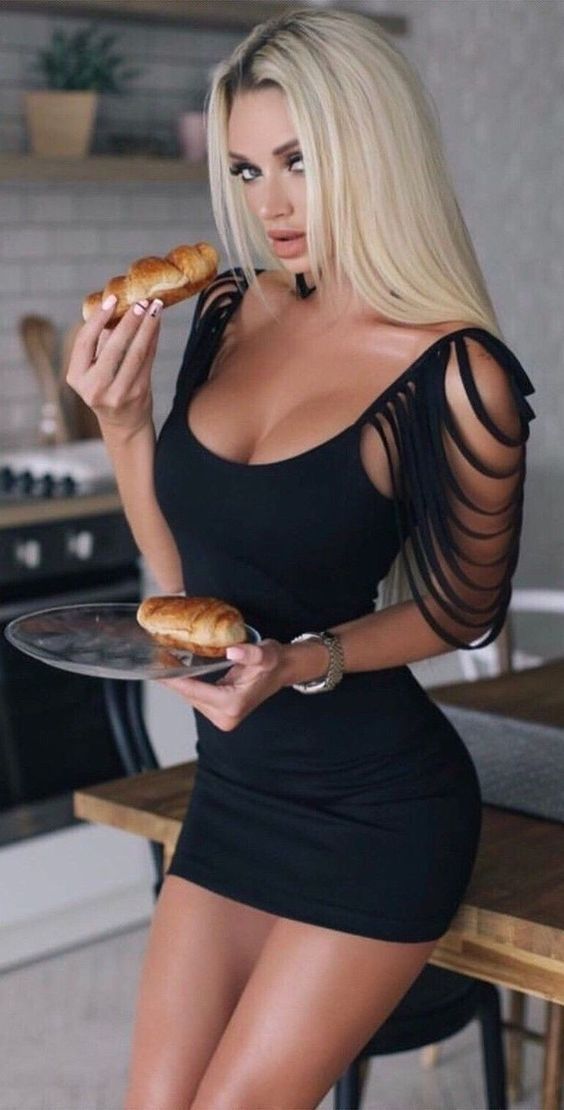 When a woman is alone, even at a party, she is naturally already defensive, so think about that when you approach her. Be kind, polite and don’t seem desperate or impatient. Most of the time, a girl just wants to talk, dance and enjoy the music and there’s nothing wrong with that.

45 most beautiful asian women ever seen

From sultry *models to stunning leads and powerful businesswomen, these beautiful Asian women represent some of the hottest celebrities changing the world. Although beauty...
Read more
Fashion

From sultry *models to stunning leads and powerful businesswomen, these beautiful Asian women represent some of the hottest celebrities changing the world. Although beauty...
Read more
Fashion

Yesterday’s beauty is not the same as today

Since antiquity, the cult of beauty has been part of the culture of different societies, see in the gallery how the standard of beauty...
Read more