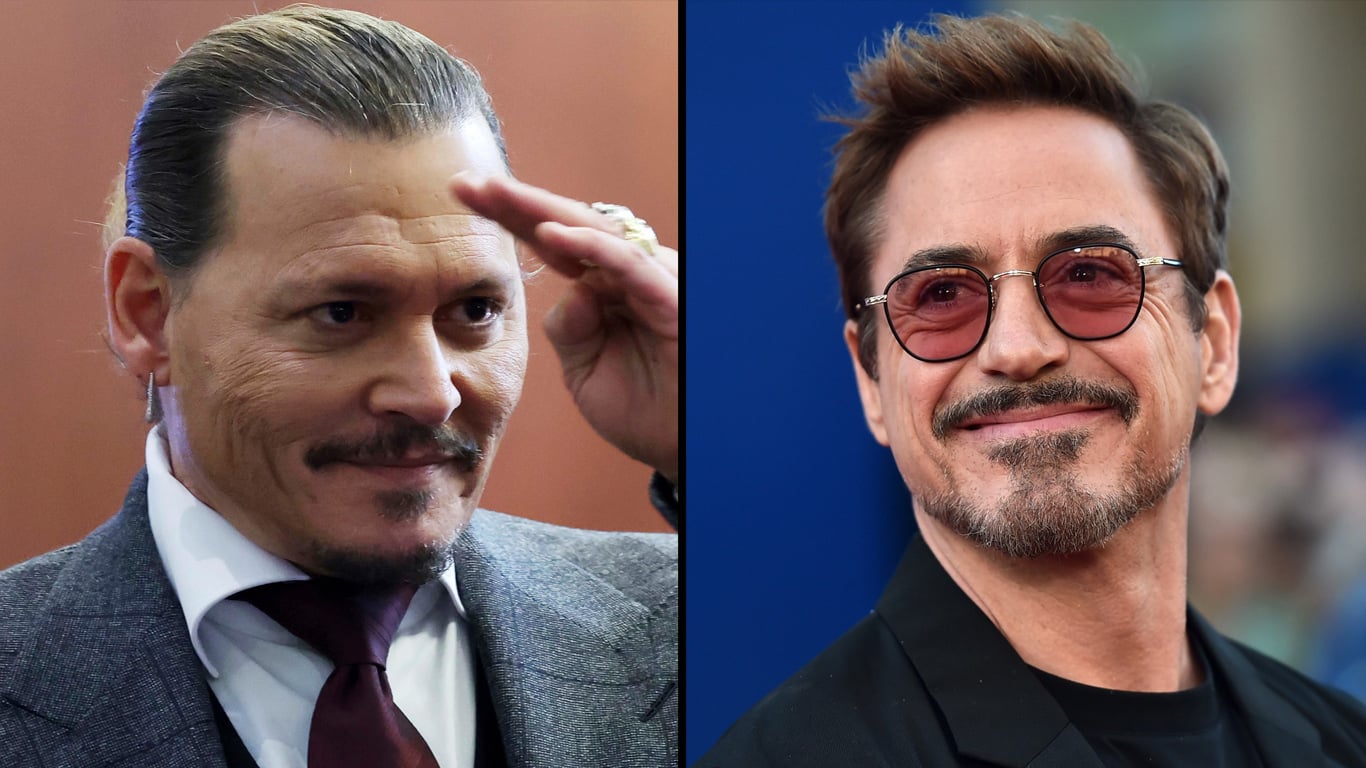 It is being reported that Robert Downey Jr. is interested in casting his friend Johnny Depp in Sherlock Holmes 3 . The star, who gained even more fame by starring as Jack Sparrow in Pirates of the Caribbean , has been facing his ex-wife, Amber Heard, in a libel suit that opened in 2018. Although he has lost huge roles in recent years, popularity Depp’s relationship with fans only grows as a result of the backlash from the ongoing trial.

Now, it looks like he might even get some jobs back. After being fired from the Disney franchise as well as the Fantastic Beasts film series , Downey Jr. is the first person to show interest in sharing the set with Depp again. According to FandomWire , the Iron Man interpreter has always wanted to work with famous personalities.

“ Big talks are going on about the possibility of Johnny Depp signing on for the movie ,” the actor reportedly said of Sherlock Holmes 3 .

The sequel, which had its production postponed due to the pandemic and faces its own obstacles, has not yet started recording. However, RDJ had already expressed interest in bringing his professional colleague to the project he stars in. According to a 2020 tweet, the actor reportedly insisted that Depp win a role in the third installment of the feature series, as he has helped him through bad times in the past: “ A friend in need is a true friend! ”

So far, no news about the 58-year-old’s inclusion in Sherlock Holmes 3 – or any other Hollywood production – has been released. Additionally, this week, a Pirates of the Caribbean producer re-confirmed that the actor’s return to the franchise is still out of the question for now , although he noted that plans for the future are uncertain.

In the meantime, the trial of the case between Depp and Heard is ongoing in Virginia, expected to end next week.

The last few weeks have been hectic for Johnny Depp in his trial against his ex-wife Amber Heard, as he lost his role as Grindelwald in the Fantastic Beasts saga.

Faced with a strong cancellation in Hollywood, Johnny Depp also lost the role of Jack Sparrow in Pirates of the Caribbean, in addition to having his latest film “Minamata” from MGM studios boycotted.

Now it looks like things are looking up for Mr Depp, both in the legal battle against Heard and in theaters.

Robert Downey Jr is a good friend of Johnny Depp and is willing to help him out of the doom of the Hollywood boycott.

Robert Downey Jr is working on new projects some of them still in production where he intends to include his friend Johnny Depp.

Everything indicates that Depp will join the cast of Sherlock Holmes 3 and assume the role of the protagonist, no additional information has been announced.

Will this really happen?

At the moment this is Robert Downey Jr’s wish at the moment however Sherlock Holmes 3 is from Warner Bros., the same studio responsible for Fantastic Beasts: Secrets of Dumbledore that fired the actor from the franchise.

If everything goes as planned and fits into Depp’s schedule, Sherlock Holmes 3 would be a great opportunity for the actor to mark his return to theaters.

After controversy, Johnny Depp would have asked for help from Robert Downey Jr. to get a job in Hollywood, says website

Johnny Depp reportedly begged for help from Robert Downey Jr. to get a job in Hollywood – and it might have worked. According to the rumor, the Iron Man star would have offered his friend a role in Sherlock Holmes 3 . The information is from the We Got This Covered website .

After having his reputation terribly shaken by being accused of domestic violence by ex-wife Amber Heard , Johnny Depp was kicked out of the Pirates of the Caribbean franchise . And even though he was found not guilty, the charges continue to have a big impact on the actor’s personal and professional reputation.

But, as the WGTC recalls , this is a situation that Robert Downey Jr. know very well. With a series of drug-related arrests, the actor was eliminated from many Hollywood productions, until he managed to bounce back with the role of Iron Man , in the Marvel Cinematic Universe .

+++READ MORE: Johnny Depp admits that he has used drugs and alcohol ‘since he was a child’, but denies having assaulted Amber Heard

And that’s exactly why Robert Downey Jr. would be willing to give Depp a chance to act in the Sherlock Holmes franchise .

“Johnny and Robert have a very special 30-year relationship that dates back to their days as eccentric Hollywood hell-raisers,” a source told The Enquirer.

This, however, was well before Johnny Depp became a very controversial figure in Hollywood because of the legal fight against Amber Heard, actress and his ex-wife.

Heard, better known for Aquaman, accused Johnny Depp of assault and the actor even lost a defamation lawsuit against the British newspaper The Sun. This damaged his career and image, to the point that he lost his role in Fantastic Beasts 3, from the Harry Potter saga.

As for Sherlock Holmes , it has been almost 10 years since the second film premiered and there is no more information about the third.

In 2020, director Dexter Fletcher said (via The Things): “Sherlock has his own issues every now and then. That’s kind of in the background at the moment, until it’s clear where the world is and what’s going to happen.”