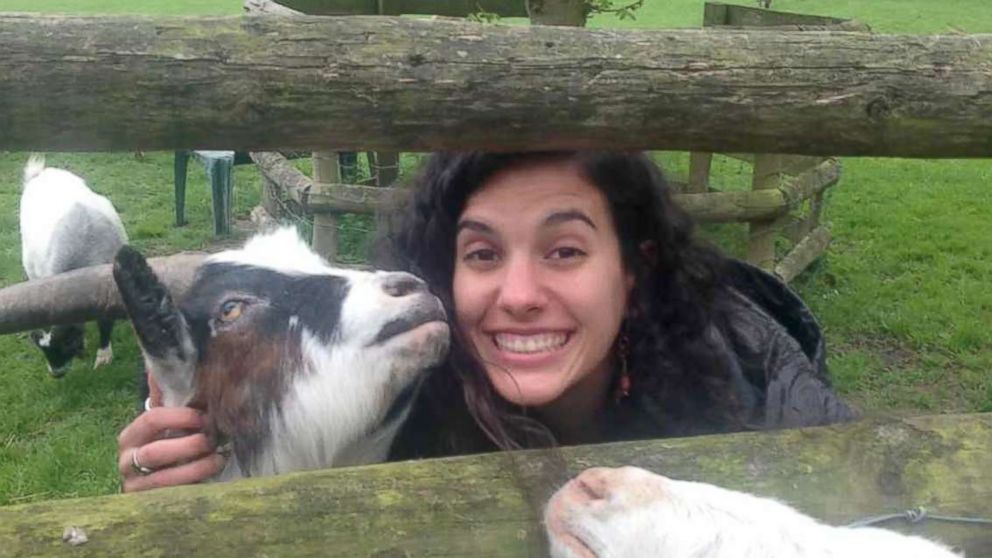 Goats know how to differentiate between different human facial expressions and prefer to interact with people who are happy, according to a study by Queen Mary University in London that was published on Tuesday by the Royal Society Open Science.

According to a statement from the institution, the study provides the first evidence of how goats are able to perceive the signals sent by facial expressions, which means that this ability is not reserved for animals with a long history of domestication, such as dogs or horses. The team of experts describes in the text how 20 goats interacted with images of positive (happy) or negative (angry) human facial expressions and that the animals preferred to relate to the former.

“The study has important implications for how we interact with livestock and other species because animal abilities to perceive human emotions can be extended and not just limited to pets,” study lead author Alan McElligott said in a statement. , from Queen Mary University.

The goats observed in images printed in gray level the faces of the same individual, unknown to them, showing happy and angry expressions.

The images of happy faces elicited greater interaction from the goats who looked at them, approaching them and exploring them with their snouts.

This reaction was notable when the happy faces were placed on the right part of the wall where the tests were taken, which “suggests that goats use the left hemisphere of the brain when processing a positive emotion”.

“It was already known that goats are very in tune with human body language, but what we didn’t know is that they react differently to people’s emotional expressions,” said Christian Nawroth, another of the study’s authors.

Goats are adored on the internet, but they receive little attention from scientific journals specializing in animal cognition. The darlings of such research tend to be primates, whales, dolphins, dogs and horses. Goats, on the other hand, “are not considered the smartest animals,” says Christian Nawroth, an agricultural scientist at Germany’s Leibniz Institute of Animal Biology.

But Nawroth knows that’s not the case. He uses words like “creative” and “caring” to describe goats. And based on a more recent study, he says these animals are “complex” too.

The research on goats that Nawroth and his colleagues carried out at Queen Mary’s University in London had already shown that these animals are very good at reading subtleties of human body language. Now, scientists have discovered that they are able to distinguish faces of happy and sad people – and they prefer happy ones.

The results of the new study, which involved scientists observing how 20 goats reacted to pairs of black-and-white images of unknown people exhibiting the two facial expressions, showed that the goats “are even more complex than we thought”, says the co-author of the Study Natália Albuquerque, PhD student at the University of São Paulo (USP).

The goats spent 50% more time approaching and poking at photos of happy faces, and in just over half of the tests, they interacted with the happy face first, according to Nawroth, lead author of the study. They turned to the angry face first in 30% of situations; otherwise they ignored the two faces.

In tests, the goats spent 50% more time approaching and poking at photos of happy faces. bigstock
“We human beings are a very different species and we express ourselves in a very particular way – even our pupils are different”, observes Natália. “If goats are sensitive to our facial expressions, that means they have very complex psychological skills,” she adds.

This puts goats in the company of other animals, such as sheep, which have also been shown to recognize human faces. But only dogs and horses have previously demonstrated an ability to differentiate expressions. Whether the new finding means that goats understand what kind of emotion a human expression conveys is unknown – only dogs have proven capable – but it does mean that goats, at least, have taken the first step in that process, according to Natalia.

The finding is significant because of the type of domestication the goats were subjected to, according to the authors. Unlike dogs and horses, which have lived in closer contact with humans as companions and workers for thousands of years, goats have been domesticated to produce meat, milk and leather. It may be that as humans selected individual goats to domesticate them, the ability to distinguish human expressions came with it, according to the study, published in the Royal Society Open Science.

Or it could be that the goats that participated in the study, all residents of the friendly Buttercups Sanctuary in south-east England, have honed this skill. While some may have been abused â€â€by humans early in their lives, all animals in the research have resided in the sanctuary for at least a year, Nawroth said.

“They are in a very cool and fun environment”, says Natália. “People are always bringing dry pasta. This is the favorite food of goats.” (For this reason, dry pasta was used in the study tests.)

See too
After 20 years, the Brazilian crop is almost 100% transgenic
Tired of waiting, farmers decide to pay for the railroad out of their own pocket
Injunction banning glyphosate and threatening Brazilian crop
But the researcher says that Buttercups goats’ experience with happy expressions doesn’t make their performance in the study any less interesting from a scientific point of view. And this performance, argues the scientist, should make people think. If goats see nuances in us, shouldn’t we also see nuances in them?