Top best cosplays that blew our minds in last year 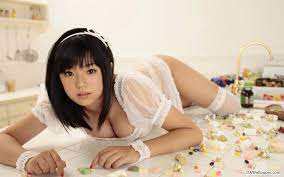 We look back at 10 cosplays this year that captured our imaginations, and brought our favorite entertainment properties to life.

Cosplaying is an art form in itself that takes incredible talent and skill to pull off. These artists spend months of dedication and passion to recreate iconic characters from film, anime, and video games.

Whether wowing fans at conventions with their true-to-life creations, or stunning viewers on social media with their unique spin on a beloved character, here are 10 cosplays that blew our minds.

Todd Phillip’s Joker starring Joaquin Phoenix set the film industry on fire when it released in October. Its grounded take on the iconic Batman villain pushed it to become a box office smash hit, grossing over 1 billion in revenue.

Cosplayer ‘Jannet Incosplay‘ blew the minds of her followers when she shared her chillingly accurate take on a portrayal of the iconic clown that had us seeing double.

Recreating what will be sure become

Ever since its release in 2015, Tom Clancy’s Rainbow Six Siege has become one of the most popular first-person shooters to date, and doesn’t seem to be slowing anytime soon.

Popular model and online personality Meg Turney shared her take on Taina “Caveira” Pereira from the game’s 2016 expansion Operation Skull Rain, and wowed the R6 community with some incredible attention to detail, recreating her weapon and outfit.

The Brazilian operator quickly became a fan favorite with her iconic white and black skull face paint and beret, which Turney captures faithfully. Her pose framed against the red smoke background takes it to the next level.

Overwatch is one of the top team-based shooters, as its diverse cast of heroes has connected with millions, and become a fan favorite among the cosplaying community.

Prolific cosplayer ‘Stella Chuu‘ has spent her career perfecting her intricate costumes, and has a long list of stellar creations from popular anime to League of Legends. However, her jaw-dropping take on Overwatch’s healer Mercy had our heads spinning.

Going with the ‘Imp’ Legendary skin, Stella brings the white and purple variant of the guardian angel to life with a lilac and orange sunset sky as a backdrop – a stark contrast to her realistic wings and accurate outfit.

Sony’s Spider-Man: Into the Spider-Verse was the breakout animation of 2019, and took many comic book fans by surprise as it’s heartfelt story about Miles Morales dealing with a multi-verse became a pop culture phenomena.

UK based artist and Esports Cosplayer of the Year 2019 award winner ‘Little Jem‘ stunned fans with her true-to-life portrayal of Gwen Stacy that is so perfect, it’s as if the animated character jumped from out of the screen.

Not only does the British cosplay star nail the character’s Spider-suit from the film, she looks completely identical to the heroine, even down to the hair style and eyebrow piercings. If they ever need a live-action Spider-Gwen they know who to call.

Square Enix’s Kingdom Hearts series finally got some closure after originally releasing on the PlayStation 2 in 2002, leaving fans waiting a decade to get a conclusion to the popular Disney mash-up.

Filipino model and personality Alodia Gosiengfiao became Kairi from the long-running RPG, capturing the beloved character’s intricate style, such as her pink and black hooded top, and her patterned pleated skirt.

Even more impressive is the jaw-dropping prop of Kairi’s keyblade – Destiny’s Embrace – which infamously has flowers wrapping around the weapon, matching her warm personality.

Street Fighter changed the gaming industry forever when it hit arcades in 1987, and helped shape the competitive fighting scene that we know today with its groundbreaking mechanics.

The Capcom fighter was the first time a female character was featured in a fighting game, and has gone on to become one of the mascots for the series, and a favorite among cosplayers.

Gear Box Studio’s Borderlands helped popularize the looter-shooter genre with its 2009 release, and spawned sequels, spin-offs, and even a prequel as it became a pop culture juggernaut.

Popular cosplayer ‘Liz Katz‘ blew everyone’s mind with her Psycho costume, bringing the de-facto mascot of the series to life with an incredible costume that captures the game’s iconic cel-shaded style on her clothes and skin.

As if it wasn’t enough that she nailed the bandit’s outfit down to every detail, she took her cosplay to the next level with an insane video showing off her rendition in action, making this one of the best we’ve seen all year.

Monster Hunter World finally saw the long-running and beloved Japanese RPG franchise break out into the mainstream around the world when it became the surprise hit of 2018, as players connected with its addictive hunting gameplay loop.

Linda ‘vampybitme‘ Le took on the game’s 2019 expansion Iceborne by breathing life into the coveted Velkhana armor set which was added to the DLC release.

With the help of ‘HokuProps,‘ this collaboration for San Diego Comic Con 2019 stunned fans of the series with its true-to-life recreation of the beautifully complex armor that makes it seem like they actually slayed an ice dragon to get it.

World of Warcraft first released in 2004 and re-shaped the gaming landscape with its addictive online gameplay. Its legacy is so influential that it became one of the most trending games on Twitch in 2019 due to Blizzard bringing back the vanilla version.

Perhaps the most prolific cosplayer of all time, Jessica Nigri showed everyone why she’s considered one of the best in her field when she shared her mind-blowing Vol’Jin costume from the iconic MMORPG.

To celebrate the release of the vanilla servers going live in August, the talented artist transformed into the war chief of the Horde, and had WoW fans going wild over her intricate costume, from her detailed ears, to her body paint which spans from head to toe.

Joel from The Last Of Us – Maul Cosplay

Naughty Dog’s The Last of Us broke new ground, bridging the gap between games and cinema with its mature writing, and landmark performances from Troy Baker and Ashley Johnson.

Runner up at the Esports Awards 2019 for Cosplayer of the Year, Maul Cosplay used his experience as an industry prop designer to bring the game’s tragic protagonist Joel to conception with his stunning photography.

The dedicated cosplayer even went to a safe zone in Chernobyl, Ukraine to use the abandoned area for the perfect backdrop to replicate the game’s apocalyptic setting.