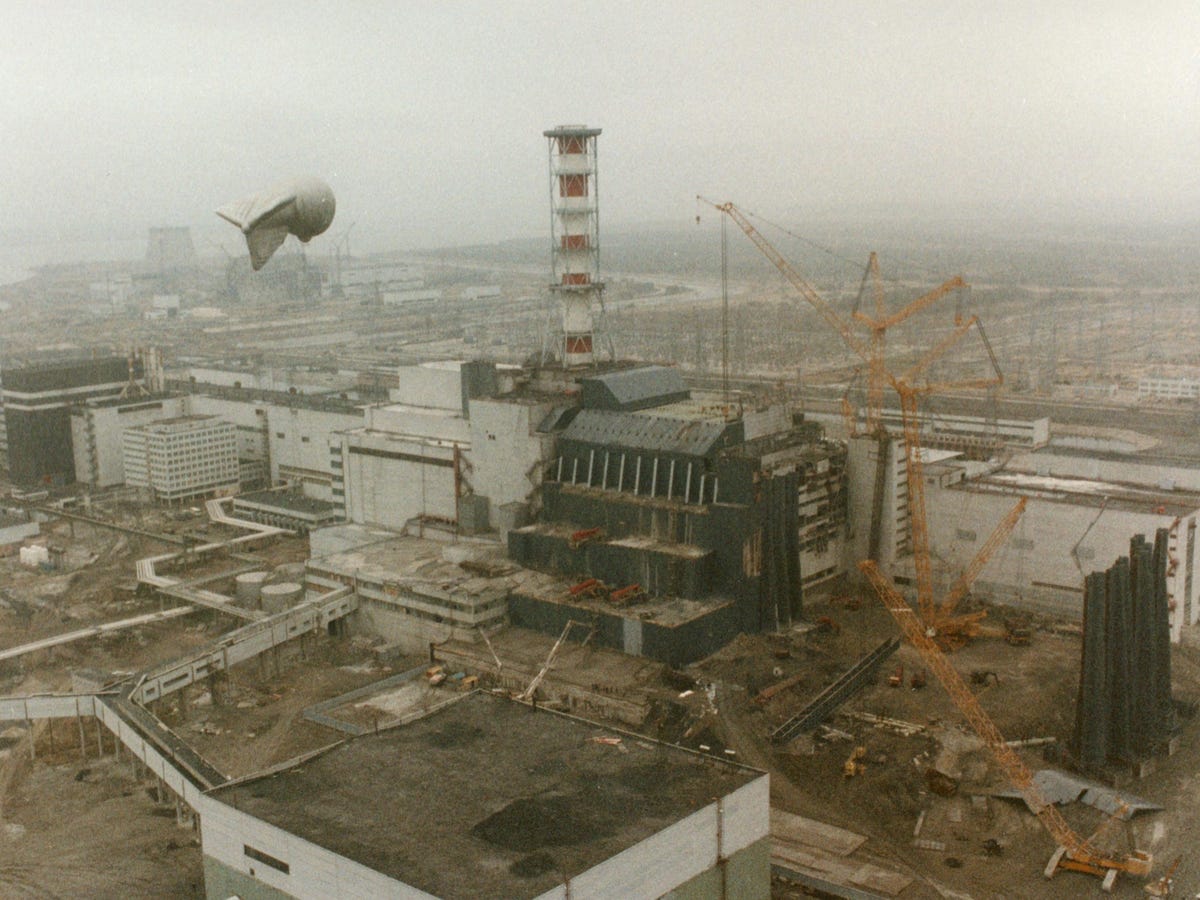 Ukraine’s nuclear agency said Friday that radiation levels around the site of the Chernobyl nuclear disaster were on the rise after Russia’s invasion.

In the aftermath, monitoring systems showed radiation levels rising at several points at and near the site.

On Friday, the International Atomic Energy Agency said while readings may be higher, they’re still within safe operational range and “do not pose any danger to the public.” 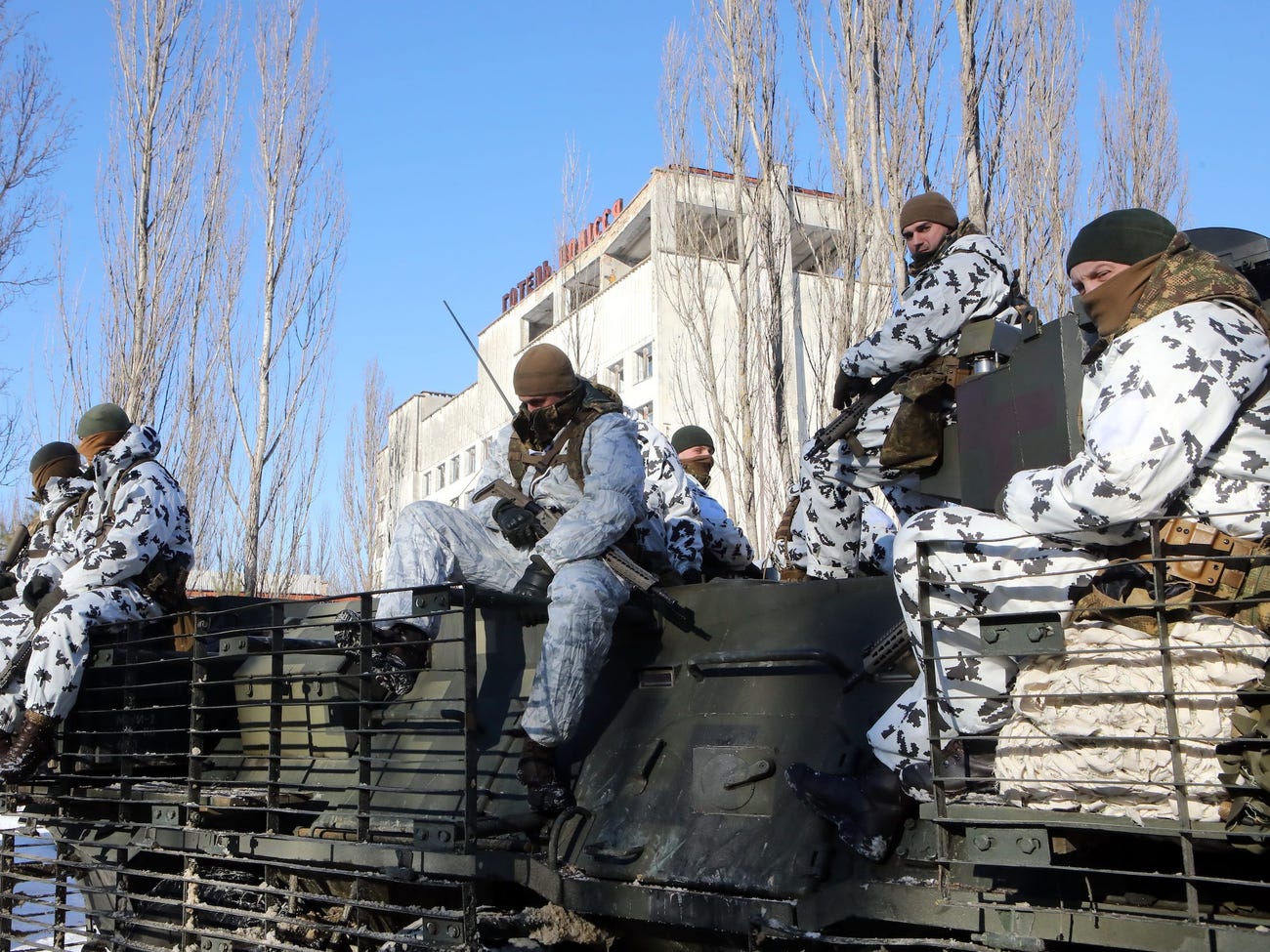 Ukraine’s parliament, the Verkhovna Rada, tweeted a map from the country’s Center for Nuclear and Radiological Safety showing radiation levels around Chernobyl increasing as of 6 a.m. local time Friday.

Radiation levels at multiple points appeared to still be spiking as of 1 p.m. local time Friday, according to the Center for Nuclear and Radiological Safety.

Experts with Ukraine’s nuclear agency told Reuters the rise was caused by radioactive dust being kicked up into the air by heavy military equipment moving through the area.

“Radiation starts to increase. It is not critical for Kyiv for the time being, but we are monitoring,” the interior ministry said, Reuters reported.

But Russia denied there had been a change in radiation levels.

“The radiation level around the nuclear plant is within limits,” the ministry spokesperson Maj. Gen. Igor Konashenkov said Friday. “The plant’s staff continues to service its facilities and monitor radioactivity.”

The IAEA’s Director General Rafael Mariano Grossi reiterated calls for “maximum restraint” at Chernobyl on Friday, saying “it was of vital importance that the safe and secure operations of the zone’s nuclear facilities should not be affected or disrupted in any way.”

Much of the plant is secured under metal structures, and it is surrounded by a 20-mile exclusion radius, but there are fears that it could be compromised by the fighting.

“If the invaders artillery hits and ruins / damages the collectors of nuclear waste , radioactive nuclear dust can can be spread over the territory of Ukraine, Belarus and the country of the EU,” Anton Gerashchenko, an advisor to Ukraine’s interior ministry, wrote on Facebook on Thursday.

Lydia Zablotska, a radiation expert at the University of California, San Francisco, told Insider on Thursday that the exclusion zone remained “the most contaminated place” on Earth.

Poland, which neighbors Ukraine, said it had not recorded any increase in radiation levels on Friday, Reuters reported.

Alyona Shevtsova, an advisor to the commander of Ukraine’s ground forces, wrote in a Thursday Facebook post that several staff members at the Chernobyl site had been “taken hostage” by Russian troops, The Associated Press reported.

The White House said Thursday that report was “credible” and that the US was “outraged.”

Ukraine has since informed the International Atomic Energy Agency that “control over nuclear and radiation facilities was lost,” Olga Stefanishyna, deputy prime minister for European and Euro-Atlantic integration of Ukraine, tweeted Friday.

Chernobyl was lost to Russia’s forces at the end of the first day of Moscow’s invasion of Ukraine.

Russian troops entered Ukraine early Thursday morning, and explosions were heard throughout the day across the country.

Ukraine is calling on the West to intervene, with President Volodymyr Zelensky saying Friday that his country has been “left alone” to defend itself from Russia.