Home Global Who was TB Joshua? Why he thrived despite endless controversies?
Global

Who was TB Joshua? Why he thrived despite endless controversies? 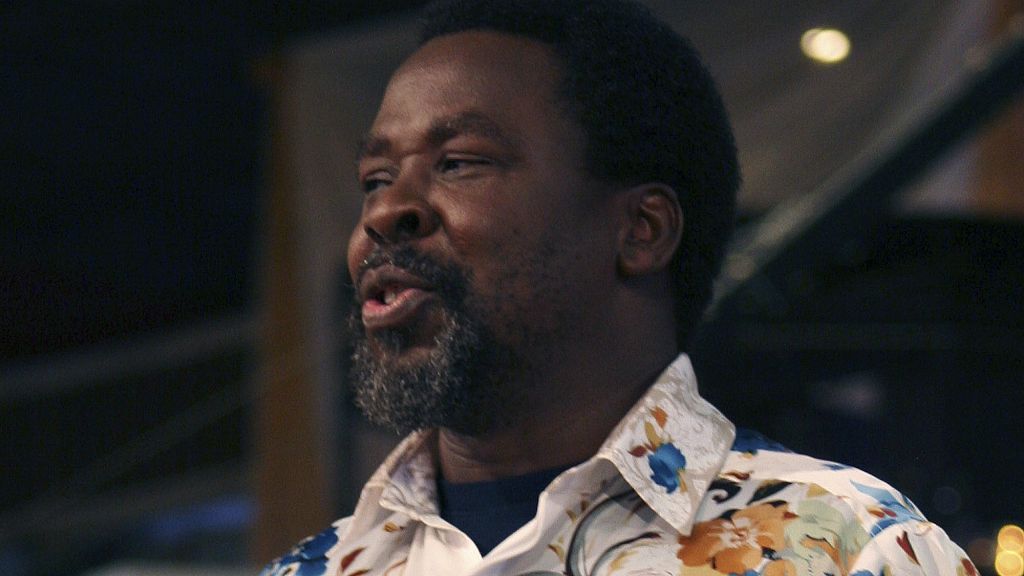 His followers called him the ‘prophet’ and each week he preached to thousands in his mega-church, countless more over his private TV channel and healed the sick with just a touch of his hand.

T.B. Joshua became an evangelical phenomenon in Nigeria where religion, either Christian or Islamic, is king.

The “Man of God” as his millions of followers — which include presidents and politicians, reverently referred to their beloved spiritual leader of “miracles” and “resurrections” was often adored and ‘almost worshipped’.

He received his primary education between 1971 and 1977 but could not finish his secondary education.

His struggle stems back to the 1970s where he did several manual jobs to survive.

He was an active member of a local church and his enormous contributions would nickname him as a ‘small pastor’.

The Nigerian-born pastor was the founder of the megachurch Synagogue Church Of All Nations (SCOAN), which also runs the Emmanuel Television Station in Lagos, Nigeria.

The preacher was noted for making predictions and for his claims to cure various ailments and to make people prosper through miracles.

Nevertheless, his lavish life was evident to everyone.

He was known to have owned a fleet of expensive cars including a private jet.

Mr. Joshua was considered an outsider by other Nigerian pastors due to the fact that he was self-made.

He created his own path and never relied on other pastors or denominations for success.

Part of his work as a prophet was to drive out demons in a process some described as exorcism.

Many of his followers felt his presence and power to heal the sick.

His method of preaching and practice was more or less the same as other churches in Nigeria where the sick got cured, problems addressed among other issues.

Although the religious leader boasted an avid following, Prophet T.B. Joshua also had his share of critics who dismissed him as a charlatan and fraudster.

There are many others within Nigeria and in the international community who condemned the — both beloved and controversial, prophet’s position on the matter as a human rights issue.

Some individuals cast doubts over his ‘miracle powers’ that saw him attract mammoth crowds whenever he had a mega rally.

Through his touch, congregants would fall down in what he described as casting out demons from the inflicted.

Non-believers have termed his work as a ‘sham’ and even called him a ‘fake’ preacher.

-TB Joshua’s Youtube channel shutdown-
And recently as a homophobe — as just in April, the world’s largest digital video streaming platform YouTube shut down the online channel Emmanuel TV of the Synagogue Church Of All Nations for hate speech that violated its terms of use.

After a complaint from the British association OpenDemocracy, denouncing hateful and homophobic speech, the channel — which had more than 1.8 million subscribers and 600 million views, was shut down.

Giant social network Facebook also removed several videos from the page officially affiliated with the church and the prophet for violating the company’s policy prohibiting “attacks on people based on their sexual orientation or gender.”

The page which has 5.6 million subscribers — like the now shut down YouTube channel, contained videos of beatings of people from the LGBTQIA community to supposedly help exorcise the “demon of homosexuality” inside them.

YouTube’s decision to shut down the Emmanual TV channel on their platform caused digital outrage among those of shared views on homosexuality amongst the prophet’s following.

-2014 church accident-
In September 2014, the guest house of the church collapsed, killing more than 100 people, most of them foreigners who were in Nigeria to attend his services.

Authorities said the building collapsed due to structural defects.

The pastor, however, insisted the building was blown up by a light plane that he claimed flew over it shortly before the building collapsed.

The inquest verdict attributed the collapse of the six-storey guesthouse to structural failures and said it did not have planning permission.

At 92 years old, Dona Georgiana Arlt stood out as florist and main bridesmaid of her granddaughter's wedding. “I was honored. Very, very honored,” the...
Read more
Global

Even without arms and legs, a father raises his two daughters alone: “Best father in the world”

Paraguayan Pablo Acuña has neither legs nor arms. However, the limitations did not stop this father from raising his daughters in the best way...
Read more
Global

There’s an old saying that goes, “Good fences make good neighbors.” With so many folks forced to stay at home during the pandemic, some...
Read more